Do You LOVE to Eat for Pleasure?

I admit it, I love good food.

I love the flavours, colours, textures, and combinations.

I even wrote a ‘gourmet’ cookbook!

I also crave snacks just like anyone else. Especially when my instincts and the proverbial butterflies in my belly are telling me that the sky is falling.

Having the health challenges that I do, I am also deeply and humbly aware of the consequences of unconsciously eating for pleasure or stress too often.

In this article you learn about:

If you have an autoimmune condition, the last thing you want is more inflammation in your gut, your blood vessels, your brain, and your trillions of cells. 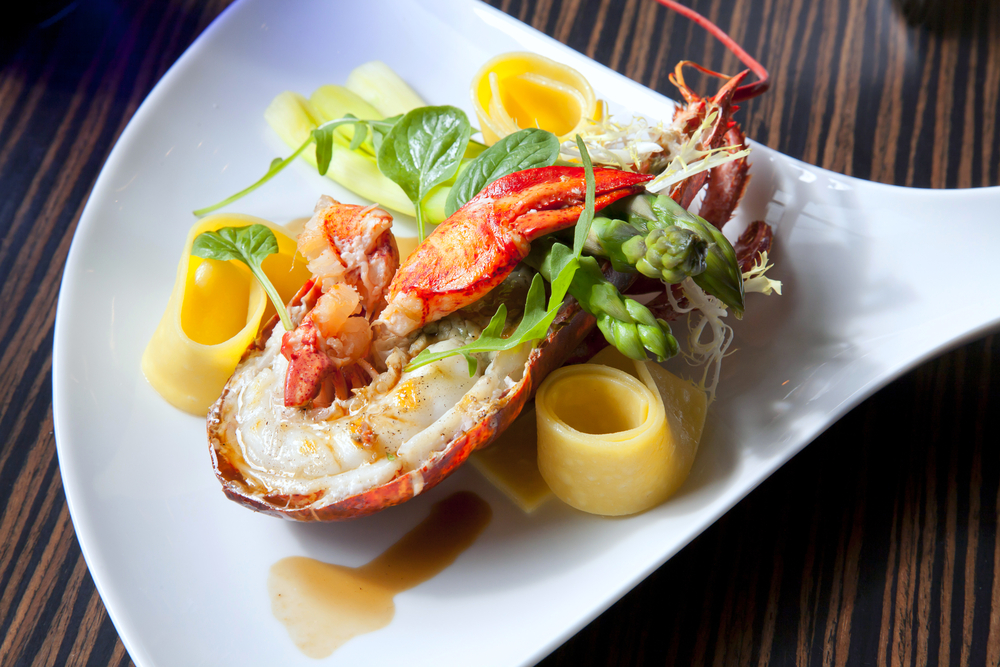 Modern life is Amazing, but it is also making us adapt to change faster, and in more uniquely important ways than at any other time in human history.

From an Ancestral perspective, being able to walk for a few minutes to a restaurant (or just use your phone) and have almost any kind of food you want is like a dream – or a nightmare.

Imagine that a hunter-gatherer came by to stay with you for a week. What do you think they would order in a restaurant?

What would they recognize in a convenience store?

I am sure they would try anything you gave them to prove their bravery, but the question is, what would they want to eat or recognize as food?

Does that bring a sense of perspective to your mind? How much of what you buy and have in your kitchen that is actually something your ancestors would recognize?

If you are on a journey to improve your health, especially your immune system, you have an important decision to make. In the modern world where convenience is king, it is important to value long term benefits over short term sensations.

The modern diet is DANGEROUS!

From a purely clinical perspective, a lot of our food supply is chemically irritating if not downright dangerous.

I always recommend people stick to the walls in a grocery store. That is where the real food is. Packaged foods, instant foods, junk ‘foods’, vegetable oils, fast foods, deep-fried foods are all pro-inflammatory and have less remaining nutritional value.

If you are going to start anywhere, start by removing the most dangerous chemicals from your diet.

Stick to the walls!

A funny thing about grilled meat…

As a proponent of Ancestral diets, the most common myth-busting I do has to do with using grills and BBQs.

In the Paleo community, there is a belief that hunter-gatherers cooked their meat over a fire on a stick. All of the time. That turns out to be untrue and, more importantly, potentially life-threatening.

Historically, indigenous people almost always cook meat in a way that conserves every drop of fat, like pit baking, stewing in rawhide tubs with hot rocks,  cooking a carcass in its skin, or stewed in clay pots. Drying meat for travel was always done in a way that conserved the fat to make pemmican.  most of the time. You would’ve to be a very ‘rich’ Hunter-Gatherer to roast an animal over a fire. Yummy, but expensive and hard on the old people.

The Ancestral Autoimmune Protocol diet has nothing against having a good steak, once in a while – later. In fact, in the Second Phase of the Ancestral AIP, you will learn the best ways to cook meat, including a few ways to make a mouth-watering steak dinner.

If you want to reduce inflammation and give your liver, kidneys, and brain a little boost – stop grilling meat.

Four harmful things are produced when you cook animal flesh on hot metal. They are all chemical byproducts that have known harmful metabolic effects.

Advanced Glycation End-products (AGEs) are made when proteins or fats are over-heated with glucose. Animal flesh has some latent blood glucose in it, and during the cooking process the proteins, fats, and sugars bind together and become glycated, and create some very inflammatory and destructive chemicals. These AGE molecules literally age your body by oxidizing or ‘rusting’ your body’s tissues in a chronic war of inflammation. Excessive and chronic AGE’s are known to damage your gut, your entire vascular system, your nervous system, and your brain.

Basically, the more you cook with a BBQ, or grill a steak, and the more BBQ sauce you cook with (sugar), the more your immune system will move towards the acceleration of many Degenerative Diseases like Diabetes, Heart Disease, Atherosclerosis, Chronic Kidney Disease, most Autoimmune Diseases, and especially Alzheimer’s Disease.

Polycyclic Aromatic Hydrocarbons (PAH’s) are created when fat is burned, especially with direct flames or very high heat. PAH’s are carcinogenic and mutagenic and are known to aggravate many cancers in humans. The major dietary sources of PAHs are actually in baked or industrially processed cereals. The second major source is grilled, fried, broiled or BBQ meat.

That sizzle and smoke of melting and burning fat damages your food and drives your immune system and most of your cells into an aggressive state. PAH’s are a measurable influence in the immediate acceleration of Autoimmunity.

Heterocyclic Amines (HCA’s) are another kind of inflammatory carcinogen that forms when meats are grilled at high temperatures. Studies on rats given high amounts of HCAs in their diet developed cancers in their colon, breast and prostate tissues.

Is Too Much Meat Bad for You?

Protein starvation happens when you eat lean meat as your primary source of calories.

If you were on an extended camping trip and just ate rabbits every day, you may live or die depending on how you prepare them. If you ate your rabbits like an indigenous hunter, you would poke them in the belly, wrap them in leaves and bury them in a coal bed. After a nap, you would eat every morsel of organ, gut, brain and bone marrow. Your taste buds would be bored, but you would be OK.

If you ate like a movie caveman or cowboy, you would skin and gut your rabbits and cook them over a fire on a stick. After melting off the fat, just ate the meat an throwing away the bones and marrow –  you would be dead in about three weeks.

This phenomenon is actually referred to as ‘Rabbit Starvation.’ After a few weeks your brain swells up and you go into a coma.  Your liver can only digest so many pounds of animal protein in a day.

If you eat fatty meats and don’t lose the fat through ‘fad’ cooking methods, like grilling, your liver and brain will thank you. Just like all of your ancient ancestors, you could live on just that for many months – if not years!

If you have not heard of the Carnivore or ‘Meat Only’, check out the podcast below. 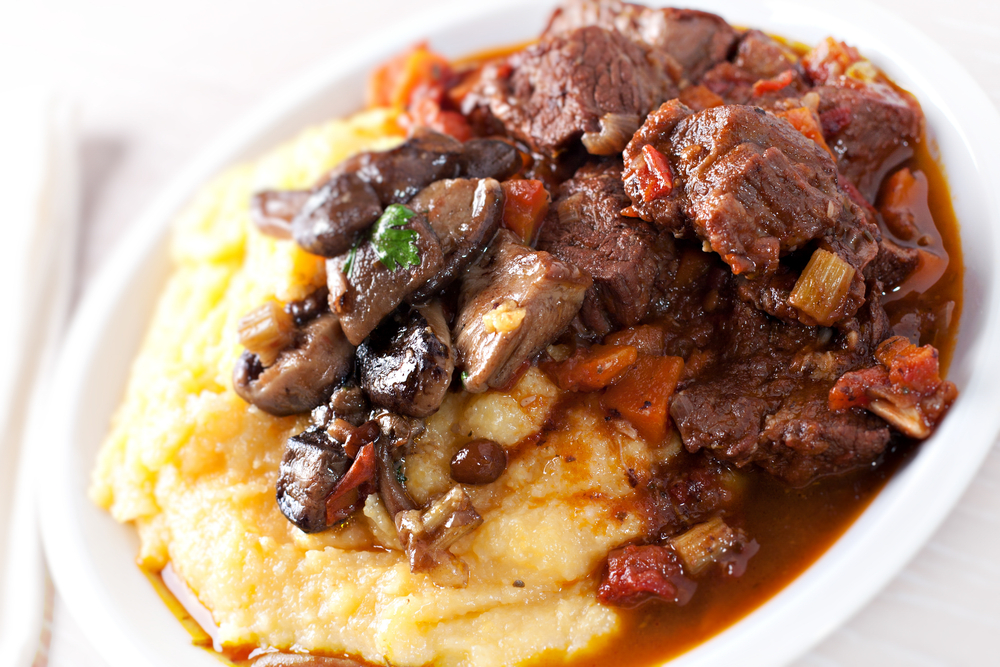 I could write an entire book on food additives, food processing and all of the flaws of mega agriculture.

The fact that we think of junk food as a source of actual ‘food’ and nutrition is a symptom of a culture that has lost its ‘hunter-gatherer’ relationship with food and feasting.

Do you go to the store looking for the best source of nutrients you can get as a celebration of life, or do you get what solves an immediate source of stress?

I get it!  I am a single parent. Sometimes decisions are made for self-control and some are made for convenience. If you have a chronic inflammatory disease, convenience is something you have to plan for with real food.

Junk food is always a setback!

There are many ways that junk food is a factor in the rise of Autoimmunity.

The first way is the amount of stress people feel when they are compelled to eat junk.

Second, the chemical triggers in processed and fast foods are a stick in the eye of your immune system puppy. I will go through the top five very briefly.

If you are presently raising children, I encourage you to look further into this subject. Be picky for your children’s immune system’s safety.

Imagine making a breakfast cereal ‘O’ or a multigrain chip in a factory.

Both begin with a slurry or paste of grains (fatty acids, proteins and starches). The paste is heated to VERY high pressures and temperatures to create the shape you want, producing the toxins you already learned about above, like AGE’s, PAH’s and HCA’s, as well as a few more.

The production of these ‘foods’ involves varying amounts of cooking oils. These are almost always rancid vegetable oils. These oils are known to aggravate inflammation in your brain and nervous system, your vascular system, your gut, and especially your pancreas.

Highly heated starches from Acrylamide. This is a moderate carcinogen that triggers a global inflammatory response and accelerates oxidative stress.

Most junk food is not about health and human nutrition. It is made from the cheapest sources possible to maximize profits. Mega-Agriculture loves Genetically Modified Organisms (GMOs). Presently, about 70 percent of processed foods with corn, soy, wheat, canola oil, and high fructose corn syrup (corn) are made with genetically modified foods. GMO’s are known to trigger gastrointestinal inflammation and aggravate Autoimmune disorders, accelerate ageing, and may be a factor in infertility.

Mega-Agriculture also loves pesticides. Pesticides have been linked to everything from cancer to birth defects.

Not only is junk food made in ways that are bad for you, but some packaging is also a concern for Autoimmune patients.

Bisphenol-A (BPA) is found in the linings of tin cans and the plastic in water and beverage containers. This chemical can also complicate the physiology of Autoimmunity. BPA can imitate Estradiol (the bad estrogen) and interfere with proper endocrine receptor site activity.

Which can promote breast and prostate cancer, cause infertility, induce behavioural problems, accelerate obesity, and, of course, increase Autoimmune dysfunction. 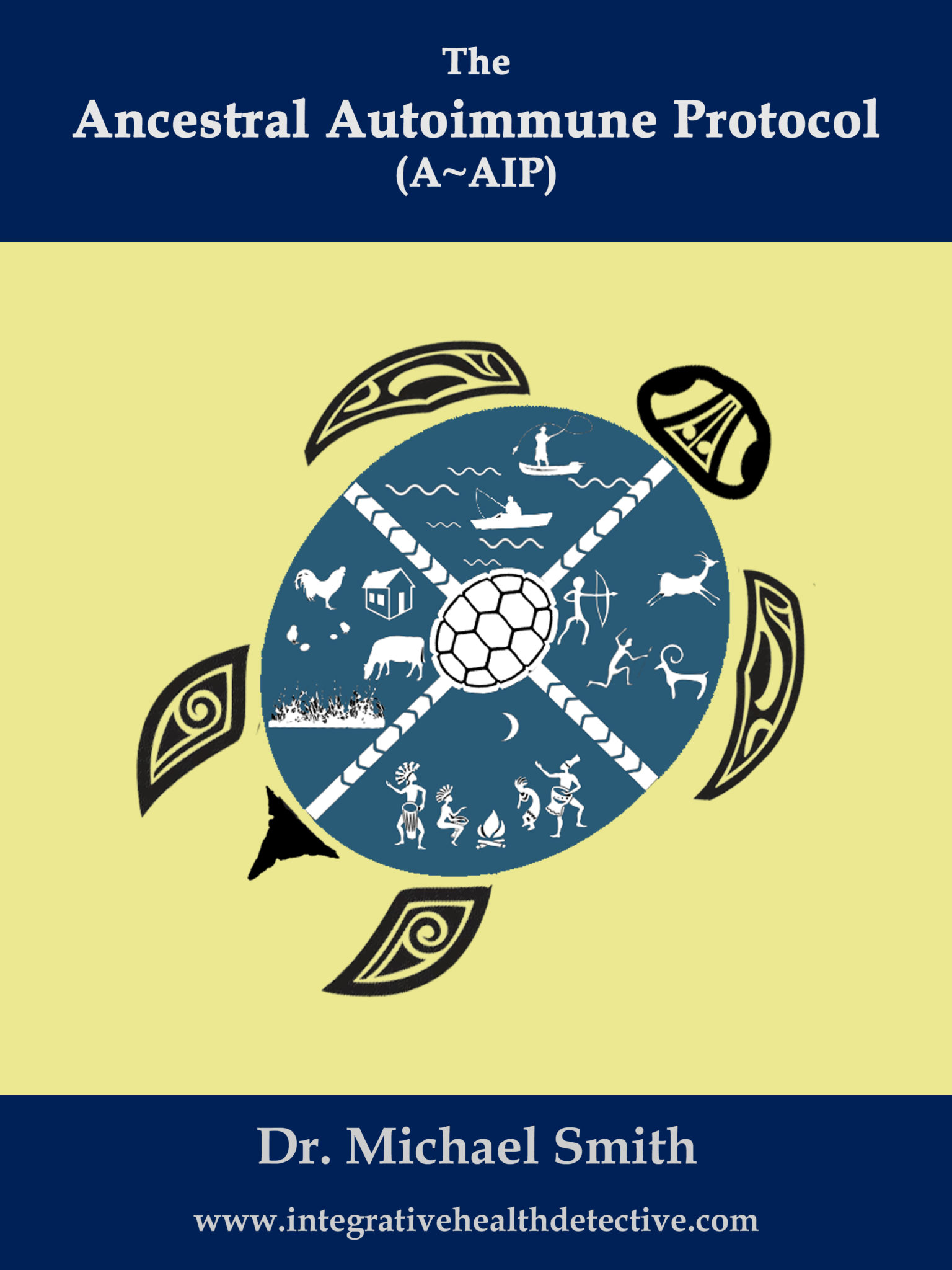 YES! Please send me a FREE copy of the Autoimmune Protocol Ebook!

Begin your healing journey with this 65-page guide to understanding Autoimmune Disease and the Ancestral approach to restoring healthy immune function while repairing your body from the inside out.

Sign up for a regular newsletter offering you the information and inspiration that has helped thousands of people heal their lives!

You will only receive your FREE Ebook and our newsletter.

This site uses Akismet to reduce spam. Learn how your comment data is processed.

Email: Email For An Appointment